Marrickville sits on the northern bank of the Cooks River, opposite the suburbs of Earlwood and Undercliffe and shares borders with Stanmore, Enmore, Newtown, St Peters, Sydenham, Tempe, Dulwich Hill and Petersham. The southern part of the suburb, near the river, is known as Marrickville South and includes the historical locality called The Warren.

Marrickville is a diverse suburb consisting of both low and high density residential, commercial and light industrial areas. 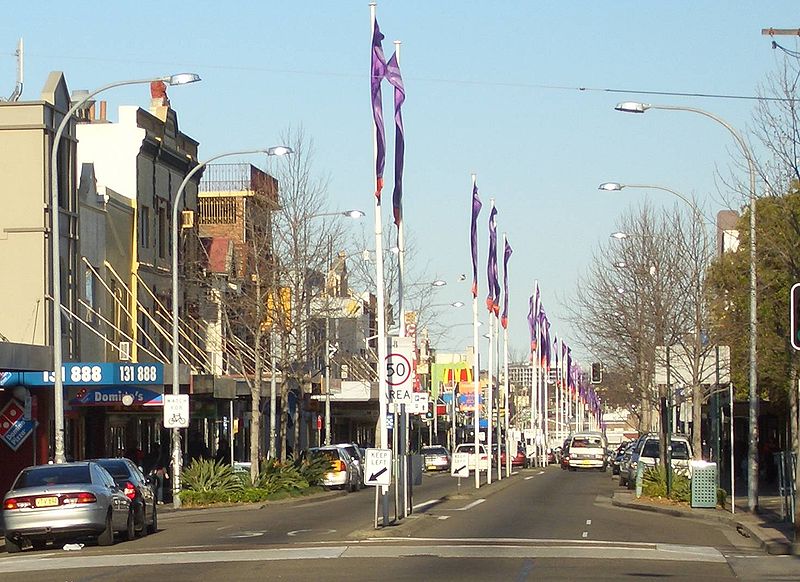 The indigenous inhabitants of the Cooks River area were the Cadigal people. Artefacts show they roamed the area for at least 7000 years.

The name Marrickville comes from the 24.3 ha (60 acres) ‘Marrick’ estate of Thomas Chalder, which was subdivided on 24 February 1855. He named it after his native village Marrick, North Yorkshire, England. The estate centred on the intersection of Victoria Road and Chapel Street. William Dean, the publican of the Marrick Hotel, in Illawarra Road (now the site of the Henson Park Hotel) is credited with adding the “ville” to Marrick when it was gazetted in 1861.

Thomas Holt (1811-1888) was a Sydney business tycoon who built a mansion overlooking the Cooks River called ‘The Warren’. Holt gave it that name because he bred rabbits on the estate for hunting. The 100-acre (0.4 km2) property was south of Wardell’s and covered the area from today’s Unwins Bridge Road to Illawarra Road and Warren Road. The Warren was subdivided in 1866. Thomas Holt was a large land holder in Sydney with another mansion in Sans Souci and vast property holdings from Sutherland to Cronulla.

Marrickville became a municipality on 6 November 1861. In 1948, it merged with neighbouring municipalities of St Peters and Petersham to form Marrickville Municipal Council.

The first school opened in August 1864 and the post office opened in 1865. The railway line to Bankstown opened in 1895. The station was known as Illawarra Road during construction. Later, when it was decided that Marrickville was a more appropriate name, the original Marrickville station was renamed Sydenham.