We get a lot of calls about leaking showers in homes and home units.

Most commonly water leaking and wetting the carpet in behind a shower. 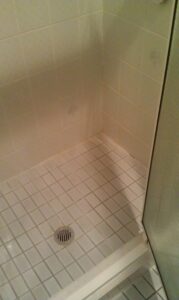 This situation has a few different causes.

1) If it leaks continually even when you are not using the shower, you most likely have a leaking or bust pipe. In this case we need to trace the source of the leak please see our page under Plumbing Services, Water service Repairs.

2) If the leak is only present when the shower is in use or after it has been used. The leak could be coming from the taps or the pipes leading from the taps to the shower head or through the tap penetrations through the tiles. The first thing we would do is service the taps, we would then need to pressure test the pipe work and finally if the test is ok also seal the tap penetrations. 90 % of the time this will identify or fix the problem.

3) If the shower still leaks after the above work has been done then there may be a leak in the grouting between the tiles or the water proofing which should be under the tiles is missing or damaged. In this case the shower will need to be sealed with a surface seal.

4) Alternatively the shower may need to be completely waterproofed and re tiled. 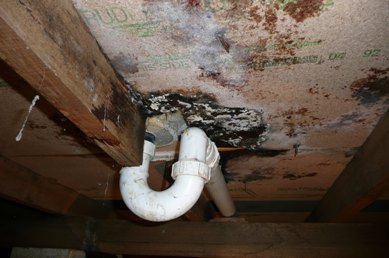 If the leak has been occurring for a long time and unnoticed for example where there is a space under the shower the timbers in the walls and floor can be damaged and would most likely require replacement, in these cases the shower would have to be rebuilt once the timbers are replaced.